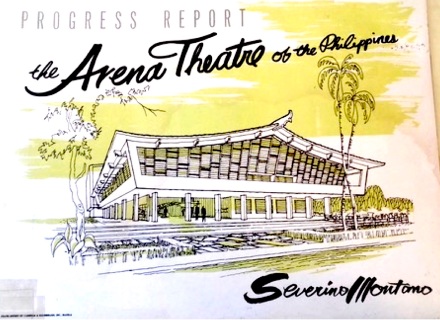 At this year’s annual conference of the International Federation for Theatre Research (IFTR) at the Shanghai Theatre Academy in Shanghai, China, I will be sharing a panel on the Rockefeller Foundation’s philanthropic initiatives in the field of theatre after 1950 together with Christopher Balme (LMU Munich), and Jan Creutzenberg (Seoul).

In my talk “Far-Flung | Centre-Staged: Severino Montano’s Arena and the ‘National Theatre’ in Manila in the 1950s and 1960”, I will elaborate on Montano’s establishment of an Arena Theatre in Manila and rural areas in the Philippines in the 1950s and 1960s, sponsored by the Rockefeller Foundation. Severino Montano (1915–1980) was an influential playwright and director. Born in Manila, he received his education in drama and economy primarily in Great Britain and the United States. After 12 years of studying and working abroad, he returned to Manila in order to build up the Arena Theatre and establish drama education in the Philippines.